Today is the last day of World Goth Fair 2015. It has been both easier and more difficult than previous years, depending on the topic being discussed. But if you want to take one last look around before it’s all gone, today is your last day to do it.

Of course I want to thank our merchants, our bloggers, the rest of the org team and all of the people who came up to shop, take photos and hang out. A huge thanks to our guest DJs and hosts on World Goth Day, the Gothika Staff, and to our super special guests, Razi Panic and Jairus Khan for coming to do live stuff with us.  Thank you so much, everyone.

So come on up and have one last look around. Our next event is the next round of A Tattered Page, which begins JULY 7 at the ATP Library.  Thank you all again, and we’ll see you freaks soon. 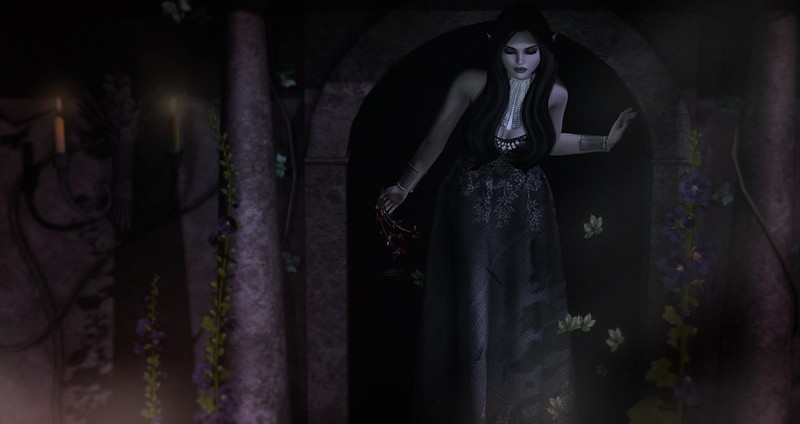 Emerging From the Shadows by Alisa Perne

Cursed bloggers always do an absolutely amazing job. I cannot repeat this enough. Truly. I would like to think that in part it is because the Cursed staff treats them like we do our merchants: respects them and lets them do their job without any pressure, hassle or harassment. We are great believers in everyone doing their part and no one trying to tell others what, when and how to do it. Cursed Events are organized by a very small band of introverts: we are extremely happy when everyone simply does what they volunteered and signed up to do without any flailings in one direction or the other. 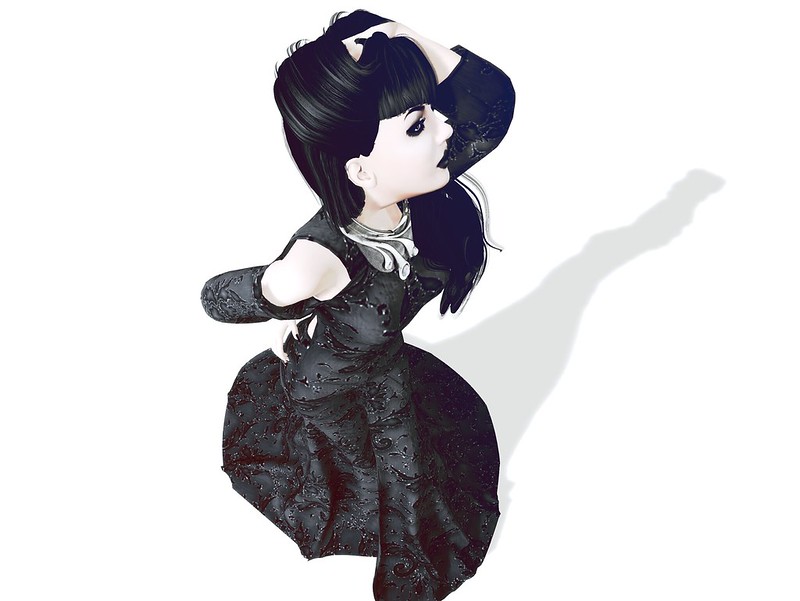 I wear my memories like a shroud by Joanna Sweetwater

Our core crew of bloggers has embraced this philosophy perfectly and it is visible in their pictures and words: the joy of inspiration and indulgence in darker moods and styles. It always delights me when I can see with one glance that a photo is a labor of love and enjoyment, that it involved time and thought and genuine fun. 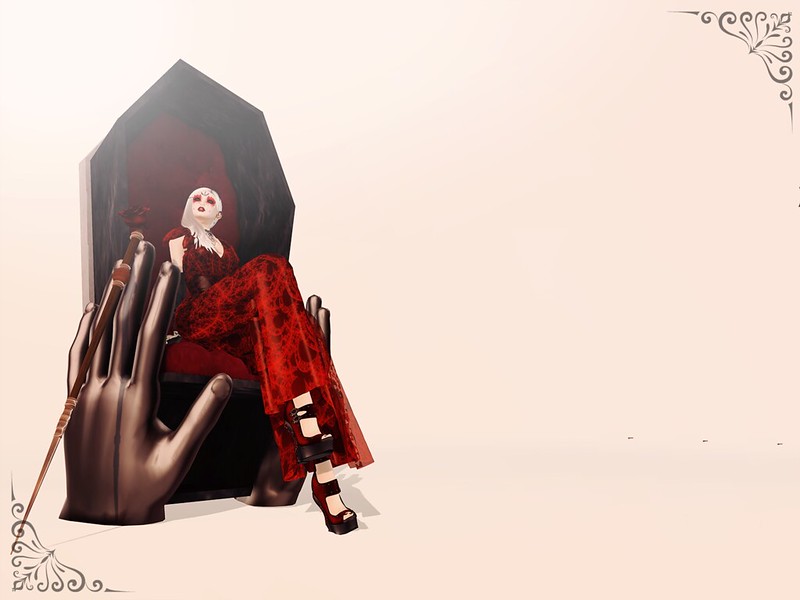 We have bloggers that create characters and write stories, we have bloggers who take stunning scenery photos, bloggers who showcase every single review copy they receive, bloggers who create fantastic looks and show off every detail, we have a marvelous mix of different blogging styles in Cursed. We have a wealth of variety that has just one thing in common: they all love to get their goth on. It shows.

So this is to all of you, dwellers in the darkness, magnificent monsters, the photographers of the seductive night, the cursed creatures of the blogverse: thank you. Now go get all the extra blogger biscuits and bordeaux, you deserve it! 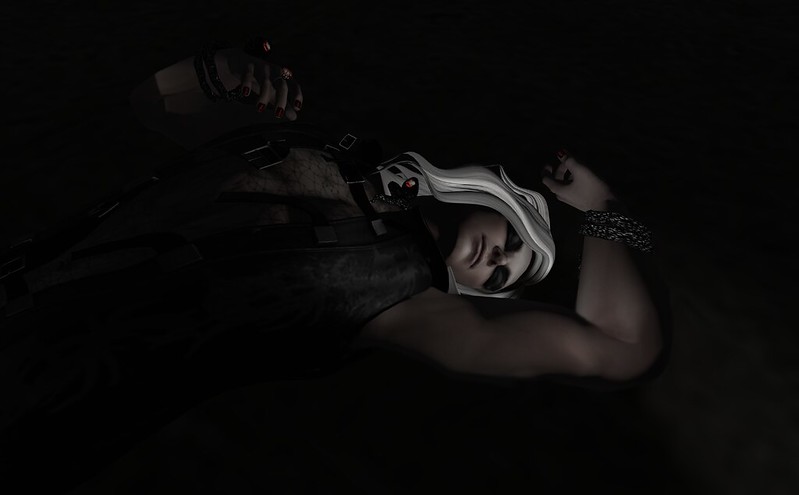 I had this thing by Skell Dagger

If you didn’t come to this last year, you *really* missed out on something special.  Jairus Khan(Ad.Ver.Sary, Antigen Shift and sometimes even iVardensphere…)  is BACK at World Goth Fair tonight at 7pm at the mobile unit.  Jairus is one of the sweetest, nicest people, and everyone had a blast last time he came to DJ for us. So spend your night at the mobile unit! We’ll see you at 6:45 (so Jairus doesn’t have to make the same joke about all goths being late again…)

Stream is tested and Razi is all decked out and ready.  Come on up to the mobile unit at 8 to hear You Shriek LIVE. 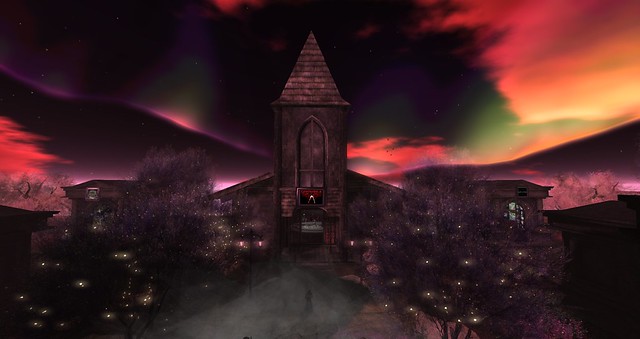 I can’t even believe how well that went. Especially that it started so strangely.  SAM crashed completely on Lee the *moment* he pressed play leading to two minutes of cursing and panic until he rebooted the program.  We were worried it was an omen.

18 hours of music, one club packed to the gills, a BUNCH of people that stayed for *ALL* of it (omg what is wrong with all of you…) and as far as I know? No one repeated a single track (I’m not sure how that even happened.)

Some serious thank yous, though:

To all our guest DJs.  You were wonderful, especially as for most of you, I wasn’t able to be there because I HAD to sleep.  Thank you all so much, please by all means come back and do it again.

Shari Cortes.  Folks, she was so kind to volunteer to host for Lee since his usual host was going to still be at work, and then wound up hosting *two other sets* on top of it.  Totally above and beyond the call of anything reasonable and sane.

The Gothika Staff who are the hardest working goths in SL, as I have said for seven years now. It’s still true. It’s so easy to work with professionals.  Lokii, Pie, Rydia, Lee, and Kostika THANK YOU. We remain the Greatest Show Unearthed. (How did none of you play that track?)

Amelie Barbour, for the AWESOME projection lights. I love them like loved things. People were asking about them all day.

I don’t know if anyone else recorded their sets (Pie?)  But Lee’s set is here:

and mine is here:

We had no real problems.  No one got banned (which I am SURE is a WGD first.),

Thank you all so much again.

As mentioned all day, we have a BUNCH of music events coming up in the next week, including this one:

Yes, he threatened to do it last year, but this year he’s actually showing up, and we love him for it. More music stuff coming. We have lots left to show you at WGF this year.

World Goth Fair 2015 will be kicking off on what is officially World Goth Day with 16 hours of nonstop music provided by 9 DJs from 6am up to midnight.

Who have new releases out TODAY for World Goth Day.

Later tonight there will be releases from:

(they’re working on it now.)

There are also others(they just didn’t tell us…), so do feel free to look about and blow your Linden all over them.
Go have fun, people!

We’re starting a little early this year.  But hey! More music for all of us.  Get ready to get your goth on.

This is what happens when I’m finishing the map after being awake over 24 hours.

Here’s a corrected one.

And so, we survived opening weekend.  Which went pretty smoothly, all things considered. I do know we were packed. I would log in to 40+ on the sim for hours and hours.  Nothing seems to have exploded, so I’ll take it.

By the way, Eclectica is now in (Welcome back, Tiffy!) so everyone can pile into her store and see what she’s got in there.  She’s over in the creepy corner of the sim.  (seriously. It’s by far creepier than the others. Mind the zombies, by the way.)

Speaking of which, everyone should be made aware that a LOT of stores have done staggered releases for this event, and a whole new wave of releases from many stores will arrive on World Goth Day (Friday, May 22.)  Quite a lot of stores are planning releases ON World Goth Day itself, so be prepared to come back and check it all out.

Also on World Goth Day, we will have live DJs from 6am-midnight Pacific time.  I’ll get a poster sorted out today, but the lineup is as follows:

Again, poster to follow later tonightish, I need to make that happen.

Another announcement: On Tuesday, May 26th at 8pm (pre-empting Pie’s usual set) You Shriek will be live at the Gothika Mobile Unit. Razi will be doing a live set.  This is not a cover band, it’s not a tribute band- it’s actually You Shriek – the real deal, and only at WGF.

On May 29th (time TBA) Jairus Khan of Ad.Ver.Sary, Antigen Shift (and sometimes even iVardensphere) will be back at the mobile unit for a DJ set. If you caught him last year you’ll know he DJed for 3 hours and everyone had a blast, so be ready to come on back and say hi to him again.

I’m working on a couple other music events. More info as I have it, but I’m trying.

Once again, the darkness has either fallen or risen, depending on whichever metaphor you like best.  The creatures of the night have come out to celebrate, and the gates of Cursed are open.

This opening has been both strangely organized and incredibly frantic.  It’s been a weird one.  But the stragglers are few, the booths are MANY, and we have once again come together to get our goth on for another year. Okay I realize I always have my goth on but still.

And we even have a map on time.

We have very few people who aren’t in. I am assured that Electica will be ready to go on the 17th, and that Aftershok will be in tonight  Many merchants (self included ) have staggered releases, so there’s stuff out now, and MORE stuff coming for World Goth Day (May 22.)

Our music (when it’s not live from Gothika) is provided by Nightbreed Radio. Because where else would we go?

The cemetery gates are open, and we have released the bats.  Come on up.

These folks have been kind enough to go the extra mile to sponsor World Goth Fair 2015. Check them out! Coming Soon!